Maple Ridge is a community nestled in the Fraser Valley, ringed by the coastal mountains to the North and the mighty Fraser River to the south. 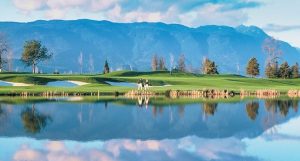 Where is Maple Ridge? In the valley of the Golden Ears Mountains and the Fraser River.

BC is Canada’s most westerly province, bordered by the magnificent Pacific Coast line, to the west, and the Rocky Mountains to the east. Maple Ridge is a community nestled in the Fraser Valley, ringed by the coastal mountains to the North and the mighty Fraser River to the south; we are graced with many other rivers and lakes – making Maple Ridge one of the most sought after recreational areas in the region.

Maple Ridge enjoys a moderate coastal climate characterized by some seasonal variations in temperature. We rarely get snow or even very extreme heat or cold. Our area is noted for its pristine beauty and is highly regarded for its outdoor recreation including golf, lakes, camping, hiking trails, biking trails, dyke walks, numerous parks, horses and even bird watching – all with the backdrop of the Golden Ears Mountains, many lakes and three major rivers. 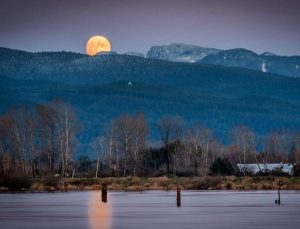 Come fill your senses, savour our local foods, fruits, wines and farmers markets, join the annual candle lit long table dining experience at the one of a kind Golden Ears Cheese Crafters or discover the area and its people on the self-guided journey on the Circle Farm Tour.

Accessibility to all areas of the lower mainland is very good from Maple Ridge. Conveniently, located 45 minutes East of Vancouver, 2 hours from world renown ski slopes of Whistler/Blackcombe, only one hour form the 4 local ski slopes, 45 minutes from YVR, Vancouver International Airport, 40 minutes to the Vancouver Island ferry terminals and 30 minutes from the U.S. Border – Washington State.

The Real Estate market here is stable and very affordable, when compared to many other areas in the GVRD, Greater Vancouver Regional District. 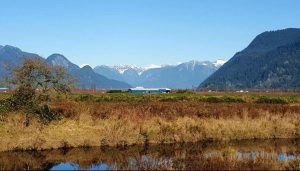 It is a family oriented community which hosts many community events such as parades, street fairs and community celebrations. We have a busy small aircraft airport which hosts an annual Aviation festival. We also have an Arts centre, several senior centres, several sport facilities, and a weekly farmers market. There is something here for everyone.